From A Lancashire Garage To The World:
The Mini Sport Story

Celebrating over 60 years of being on the road, The Mini has established itself as a timeless British icon. Originally designed to be an economical runner, nobody really expected the cultural impact that the Mini would have when it first rolled off the production line back in 1959.

The Mini’s inclusion in film, television, magazines, even in music of the 1960s sealed its ‘cool’ image, attracting new generations of enthusiasts in the following decades – even in the face of modern cars. Ultimately though, it is that economical brilliance and the unforgettable driving experience that keeps The Mini at the forefront of people’s minds whenever the words ‘classic cars’ are mentioned.

Taking an interest in this newly designed car back in the day was Brian Harper, who took delivery of one of the first Mark I 850’s to roll off the BMC’s Longbridge production line. This purchase would lead Brian to found Mini Sport and through his engineering prowess and great leadership, established it as a world-leading provider – and creator – of Mini parts.

Here is our story.

The Favourite Car of The 1960s

Most drivers will have a ‘favourite type of car’ – although any car will give you the same sense of freedom that driving brings, forging a unique relationship with any car you drive is extremely rare.

The Mini quickly became a favourite of many people thanks to its ease of use; responding to the driver’s commands effortlessly. Brian and his wife, Heather, would use their Mark I to go about their everyday tasks (shopping), but after realising the motorsport potential of their nippy runner, they entered events such as auto tests, hill climbs and even circuit racing.

Small, swift and able to get the most out of a petrol tank, The Mini was a natural for auto racing. In 1961, famed racing designer, John Cooper, worked with the Mini’s original designer, Alex Issigonis, to create The Mini Cooper – a sportier version that was just as good off-road, than on. Sales of this new model were unprecedented by some members of the BMC’s board – one doubted that they would sell 1,000 units. They ended up selling over 125,000.

Spring 1964 saw Brian and Heather purchase a Downton-tuned 997cc Cooper, which they would enter rallies with, each sharing the piloting duties. The competition bug had bitten and soon enough, second-hand Mini parts filled the Harpers’ Lancashire garage – and eventually, the family home too. In need of a clear out, Brian advertised in The Morning News – what he was met with, was an unexpected response that has become so typical of The Mini. 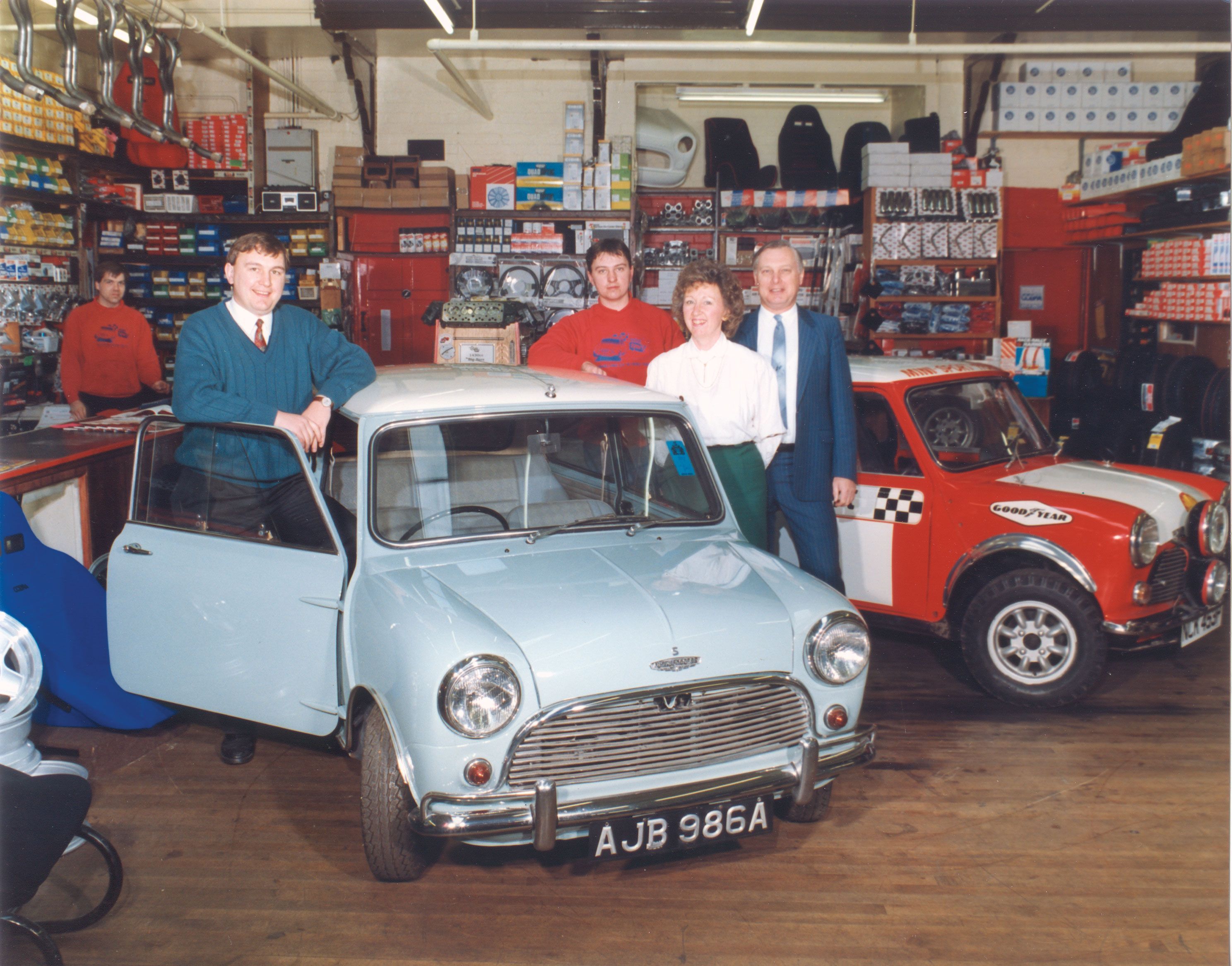 Innovators From The Start

The overwhelming response that Brian received from that first advert drew his attention to the growing market for everything Mini. Whether people wanted to repair or replace broken-down parts or to improve upon the general operational capabilities of their Minis, they couldn’t get enough. This realisation, along with his own love for the marque, led Brian to establish his own business in 1967 – Mini Sport.

Moving quickly to establish the company as a reliable purveyor of spare parts, it was the innovative qualities of Mini Sport that set it apart from the competition. One of the first pioneering modifications for the Mini was born out of the car’s throttle linkage, which due to poor design, was difficult to operate and prone to sticking.

Using his astute sense of engineering, Brian created a rigid throttle linkage that was easy to fit and it gave the car a smoother, more progressive acceleration. It very quickly became a best-seller – creating more business for Mini Sport and sealing its reputation. In April 1969, Mini Sport moved to their first dedicated premises in Padiham, Lancashire.

A Growing Name In Mini Racing

The new facility gave Mini Sport the opportunity to expand upon their founders’ love of rallying – and help fellow enthusiasts to obtain reliable parts too. Brian’s engineering excellence led the way in the creation of Mini parts that would vastly improve the driving experience, making Mini Sport the envy of the rally scene as people flocked to Padiham to obtain parts for themselves.

The sheer number of parts that were created led to the production of the first Mini Sport tuning catalogue and as business continued to grow, the company acquired another premises nearby their existing one. Catering for customers who needed to take advantage of Brian and Heather’s rallying expertise, the extra space allowed for the creation of a ‘one-stop shop’ for the Mini connoisseur – with accessories, wheels and seats added to the stock lines.

Whilst Brian and Heather had to put their love of rallying competition on hold, as the business grew, Brian returned to competition in 1975, winning the SD34 Shellsport Rally Championship in his 1340cc Cooper S. Such wins helped to grow the Mini Sport brand further and with yet more space needed to establish an Engineering Department and dedicated fitting bays (along with the myriad of products that the company stocked), the entire operation was moved to a new base in Padiham, consisting of 20,000sqft of space – a veritable Mecca for marque enthusiasts around the world. 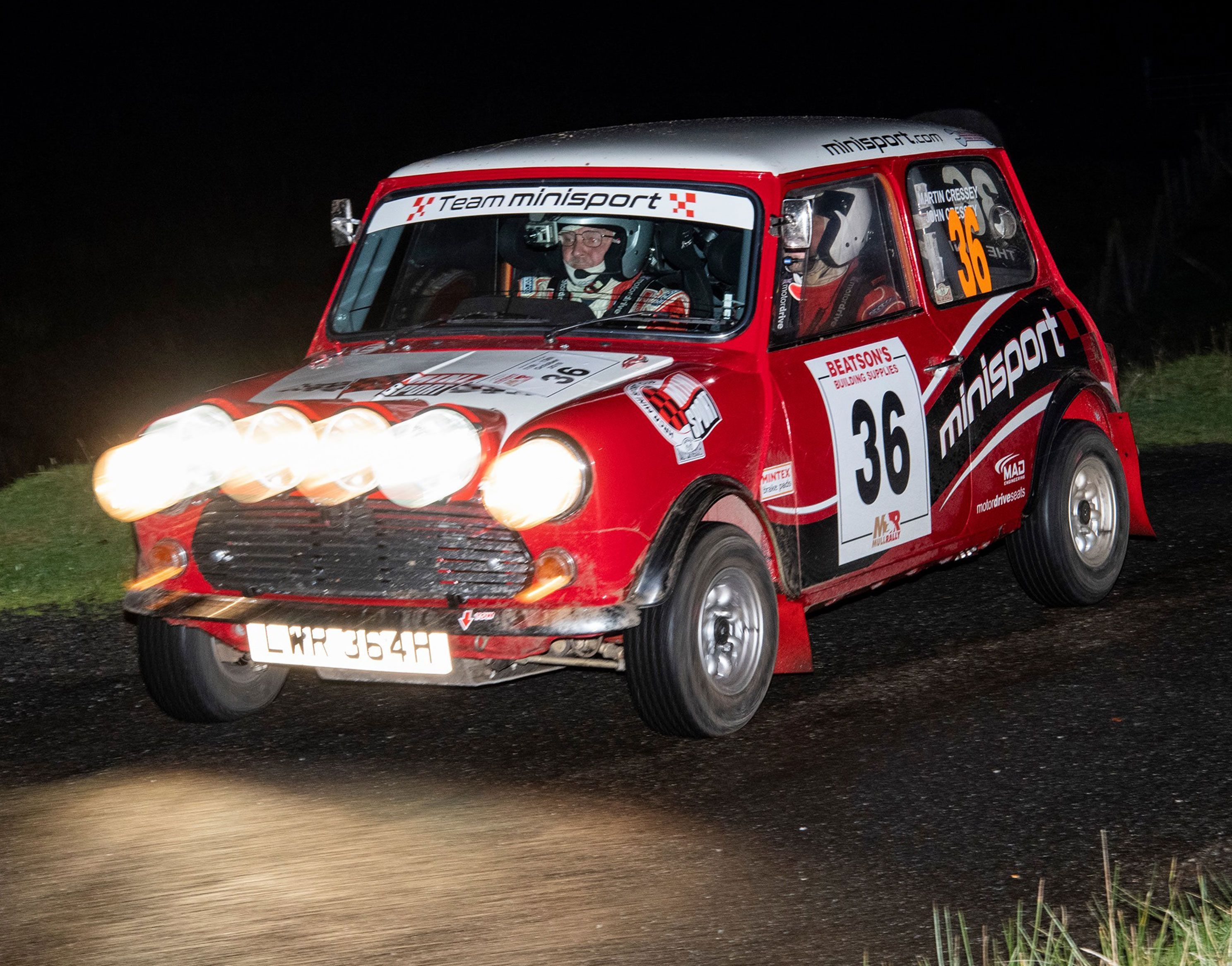 Since the inception of Mini Sport, Brian and Heather wanted high-qualities, great value and reliability to be the principles to build their business around – something that continues to this very day.

Constant innovation has also been at the heart of the company’s philosophy – aside from establishing an online version of our store, giving easy access to Mini parts for customers from across the globe – we have established such on-site facilities as a body refurbishment shop and state-of-the-art spray booth. Through the usage of computer-aided design and acquirement of improved manufacturing technologies, we are constantly pushing the boundaries of automotive design, creating improved parts as a result.